Claudio Zaccone is Associate Professor in Agricultural Chemistry at the Department of Biotechnology, University of Verona, Italy, since October 2019.
He received the Laurea in Environmental Science and Forestry from the University of Bari, Italy, in April 2003 with highest grade (110/110) “cum Laude”. In May 2007, he obtained the Ph.D. in Agricultural Chemistry from the same university. From May 2007 to December 2008, he carried out a post-doc activity at the Department of Biology and Chemistry of Agro-Forestry and Environment, University of Bari. From December 2008 to March 2018, and from March 2018 to September 2019, he was Academic Researcher and Associate Professor, respectively, at the Department of the Sciences of Agriculture, Food and Environment, University of Foggia, Italy.
In 2005 and 2006 he was visiting researcher at the Institute of Environmental Geochemistry, University of Heidelberg (Germany), while in 2010, 2012, 2016 and 2017 he was Guest Scientist at the Institute of Earth Sciences, University of Heidelberg (Germany), at the Faculty of Agricultural, Life and Environmental Sciences, University of Alberta (Edmonton, Canada), at the Institute of Agricultural Sciences, Spanish National Research Council (Madrid, Spain) and at the Department of Soil and Crop Sciences, Colorado State University (Ft Collins, USA), respectively.
From 1st June 2013 to 31st May 2014, he joined the Faculty of Agricultural, Life and Environmental Sciences, Department of Renewable Resources, University of Alberta, Canada, as Academic Research Associate (on leave from the Univ. of Foggia).
He obtained the National Habilitation as Associate Professor in Geochemistry (Feb.2014), Agricultural Chemistry (Feb.2014) and Analytical Chemistry (Aug.2017), while in April 2017 he obtained the National Habilitation as Full Professor in Agricultural Chemistry.
He is the author or co-author of several publications in International, peer-reviewed WoS-JCR journals (>75), book chapters (16) and conference proceedings (>180), and reviewer for several (>85) WoS-JCR journals.
He is currently member of the Editorial Board of Journal of Soils and Sediments (Springer; WoS-JCR), Soil (Copernicus Publications; WoS-JCR), Soil Systems (MDPI; WoS-JCR), Frontiers in Earth Science (Frontiers; WoS-JCR), Frontiers in Environmental Science (Frontiers; WoS-JCR), Cogent Food & Agriculture (Taylor & Francis; WoS-JCR) and Journal of Chemistry (Hindawi; WoS-JCR), and served as Guest Editor for several (7) WoS-JCR journals.
He is member of the following scientific societies: International Union of Soil Sciences (IUSS), European Geosciences Union (EGU), International Humic Substances Society (IHSS), Italian Society of Soil Science (SISS), and Italian Society of Agricultural Chemistry (SICA).
He is currently President and Programme Chair of the Soil System Sciences division of the EGU, Chair of Division 4 “The Role of Soils in Sustaining Society and the Environment” of the IUSS, Advisory Board member of the IHSS, the SICA and the SISS.
He has been awarded by the EGU with the Outstanding Young Scientist Award of the Soil System Sciences division for the year 2012. 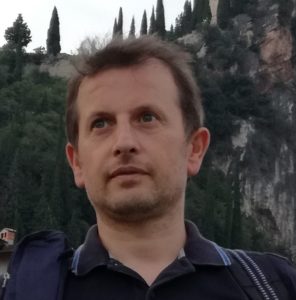